Collection of Thin Sections of Soils of Dr Josefina Benayas 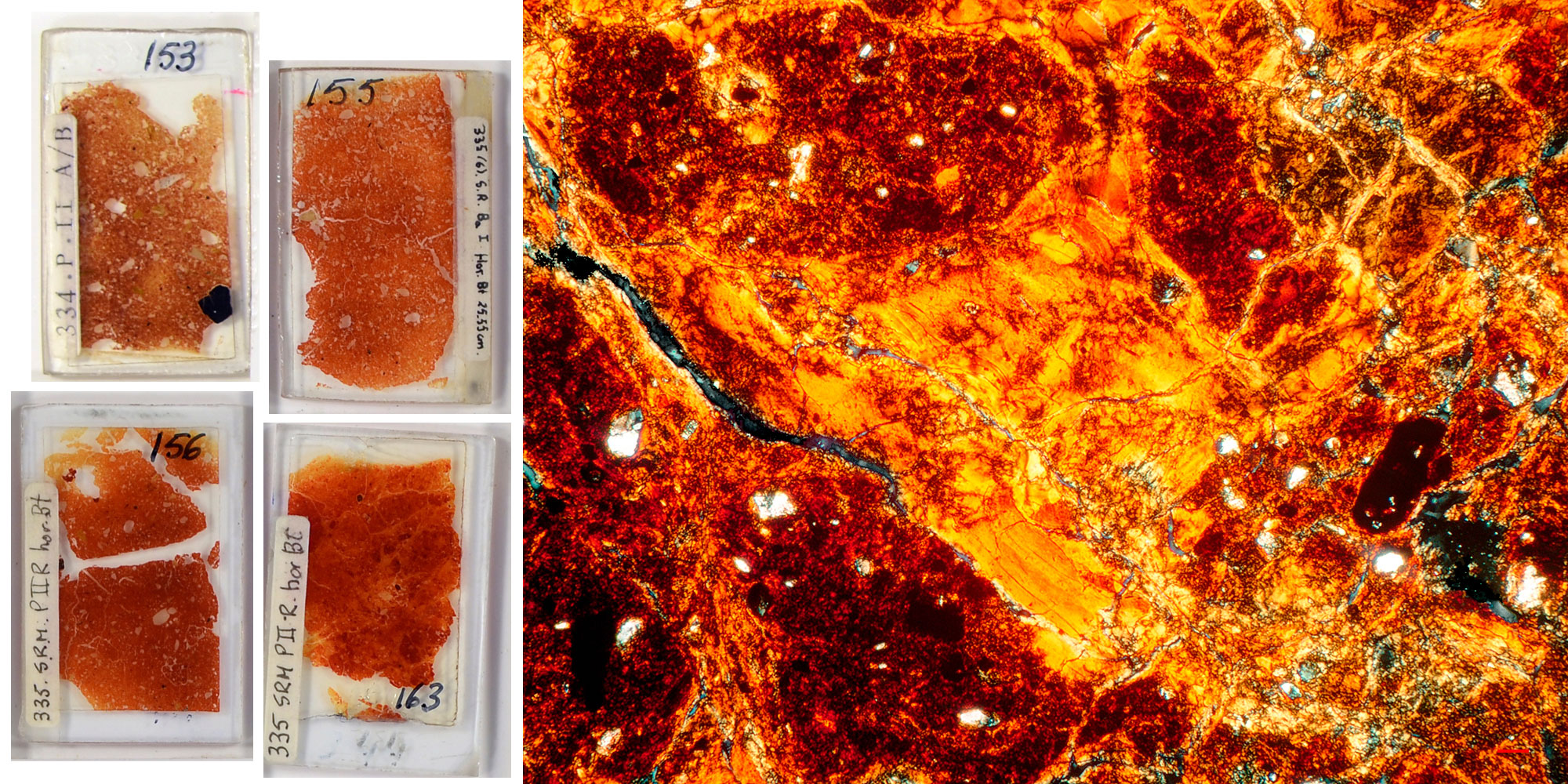 Josefina Benayas, author of the splendid collection of thin sections of soils that is partially shown here, specialized in the genesis of soils and sediments using soil micromorphology techniques under the supervision of Profs. José María Albareda and Walter Kubiëna (1965-1970). Graduated in Pharmacy from the Complutense University of Madrid (1955), she earned two PhD titles, one in 1957 by this university and another in 1959 by the University College of North Wales, currently University of Bangor (UK), under the direction of Profs. J.M. Albareda and F. Smithson, respectively.

During several months of 2015, Prof Carlos Dorronsoro (Department of Soil Science, University of Granada), carried out a detailed micromorphological study of a selection of 40 soil profiles from this collection. The result of this study, along with some notes from the same author, is shown as navigable macroimages and microphotographs. Photographs of the trays containing the thin sections of the studied profiles were made by Mr Antonio Jorge in 2014.

This work also contributes to the celebrations of both CSIC and the Spanish Soil Science Society (SECS) to commemorate “2015 International Year of Soils” (UN Resolution A/RES/68/232).

GO TO THE COLLECTION

Collection of Thin Sections of Soils of Dr Josefina Benayas